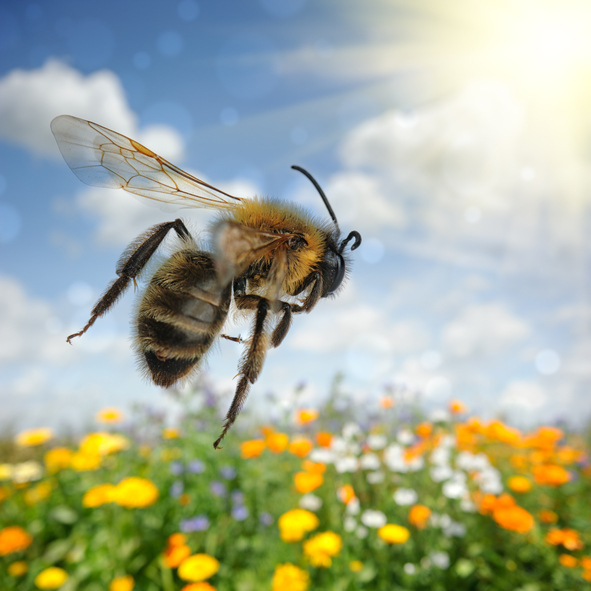 Even though I have been practicing Quantum-Touch for almost 2 years, I am still not sensitive at feeling the energy. Each time I practice on a friend or family member, I have to rely on their feelings and feedback to know if it's working or not.

One late afternoon, my husband and I found a dying bumble bee inside our house. It was a big fluffy one but barely moving and all covered in dust since we were renovating. I carefully took it outside by scooping it up on a piece of paper. However, it was still motionless after 15 minutes.

Since I really love bees and wanted to help, I decided to try Quantum-Touch by putting it in my palm and covering it with the other palm. I did this for only about 2-3 minutes and then opened my hands to check on the bee.

I was happy to see that it slowly started moving one leg at a time. Then it used its front pair of legs to brush off the dust on its head and upper body, and its lower set of legs to clean up the rest of its body. After a while, it was completely cleaned and I saw all the white dust left on my black glove!

Later, it started crawling around and wanted to get inside my sleeve. I transferred it to my other palm and kept admiring this little being closely. After a while, it started shaking its body, stood up on its hind legs and then took off like a plane towards the forest with a big buzz!

I cried with joy and went to tell my husband but he thought the bee had died since I was running to him in tears!