QT Instead of Surgery 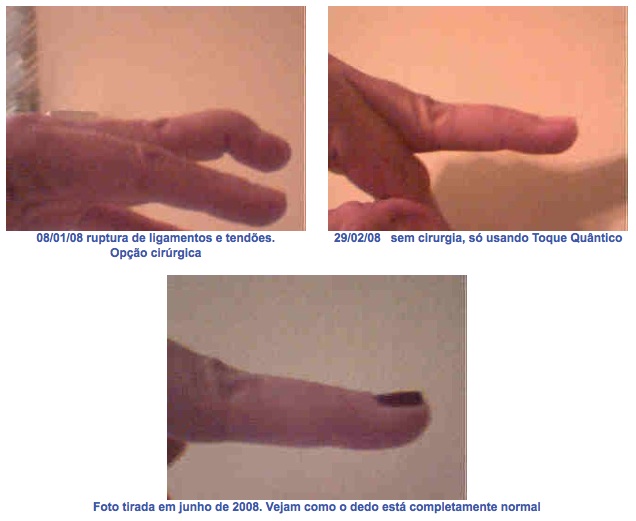 This finger belongs to me!

In Dec 27th 2007 I fell in my bedroom and I tore all of the ligaments of my finger. The doctor said that I needed to have surgery in order to make it straight but probably I would loose the flexibility of the finger. He told me also that after the surgery I would need to do a lot of physical therapy.

I decided not to have the surgery and to apply QT. In February 2008 my finger was almost healed and today it is totally normal with all the movements. When I give classes I show this photos to all and get amazed.