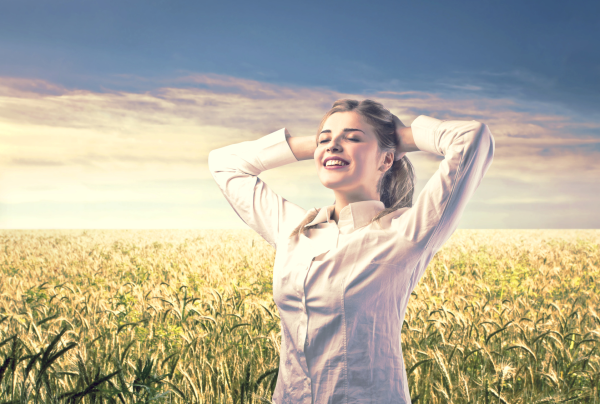 Recently, my husband Russ and I were present at a lighthouse festival where he was one of the musical performers. After his performance, we were seated at our booth where Russ sold his music cd’s and I was selling copies of my book and distributing information about Quantum-Touch.

Among the attendees of the festival were two women, sisters in their late 30s. As they walked by our table, I admired the t-shirt one of the women was wearing and asked where she got it. The t-shirt had a big blue heart on it, with the word, “love” printed beneath it. In the center of the heart was an outline of the Upper Peninsula of Michigan. I especially liked the “love” part, which is what prompted me to stop her.

The woman explained where she had purchased the shirt and then her sister said that she had to sit down somewhere, as she had back pain. I sprang into action, asking where her back hurt (sciatica) and proceeded to remedy the situation using our effective Quantum-Touch techniques. The sister was wowed and took a brochure. I commented that taking a class together, makes a nice girls’ weekend.

As the sister with the t-shirt turned to leave, she murmured quietly, “Gee, I wish you could heal my heart." Of course, I stopped her and inquired about her heart problem.

The woman told me she had experienced a sudden and dramatic issue with a heart valve and surgeons had to operate quickly to save her life. In doing so, a muscle in the front of her chest was partially cut and later stitched back together. Although the woman’s life was saved, the traumatized muscle was stretched tightly across her breastbone and ribs, restricting her breathing. This woman, no matter how many physical therapy sessions she had, no matter how she stretched and exercised, could not find relief of the restrictive feeling of the taut muscle. Her surgeon was planning another surgery for her to see if there was anything he could do to make it better.

“Well, let’s see what we can do about this,” I said as I held my hands away from her chest (front and back) working within her energy field. After a moment, I could feel the bump in her energy (one of my students, John, describes such things as an energy knot) and worked to smooth it out. I used Quantum-Touch Levels 1 and 2 for this. To me, energetically, the muscle felt perfectly fine. Yet, when I took my hands away and the woman tried to take a full breath, she found no difference in her capacity than before the session. I pondered this for a few seconds, and wondered out loud, “What does it need?”

Suddenly, I knew what to do. Placing two fingertips on the muscle that had been traumatized during the course of the surgery, I started doing hands on healing while I asked the woman to tell me about the trauma.  She began relating the details of the surgery, not at all in her heart space, keeping it impersonal.  “No,” I guided her, “Tell me about being scared.  Tell me what you thought about when the doctors said you might die?”

She started to provide me details and then fell silent as she began to recall the experience. I told her to just remember, it was not necessary to talk. I continued running energy into the muscle. I spoke to it softly, “It was pretty scary, wasn’t it? It was really, really bad, I know. But, you know what? You kept everything together, and you did a really, really good job. You’ve been doing a good job all this time, and you know what? Everything is okay now. You are okay now. You’ve done a very good job, and you’re okay.”

The woman sighed and took a deep breath as the muscle relaxed under my fingertips. She thanked me, took a few steps, then turned around to face me, astonished. “I can breathe!” she exclaimed.