One Reiki Master's Journey Into Quantum-Touch

One Reiki Master's Journey Into Quantum-Touch 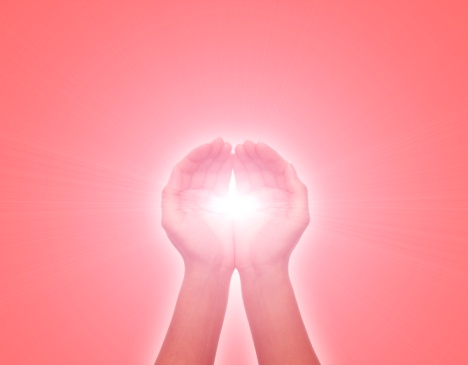 Animals have always led me into the most fulfilling, glorious stages of my life. Some years ago, I began a quest of sorts. I had been working with feral and stray cats around my apartment complex. Inevitably, there were some cats that wouldn't let me come near them, particularly when they were injured or ill. I needed to learn a long distance healing method for them.

"You need to become a Reiki practitioner," said my cherished friend Jasmine, and I listened. Reiki is a method of hands-on energy healing that includes a long distance healing component. This was a way to help those precious souls in my care with a natural, gentle form of healing --- non-invasive and stress-free. It sounded perfect for the cats. Little did I know how it would change me.

Entering the world of Reiki was one of the most ecstatic experiences of my life. I was initiated and attuned through Reiki Master/Teachers Diane Birsner and Cheryl Mott to Reiki in 1999 and 2000. With each progressive course and attunement, my consciousness and energy expanded exponentially. I fell into the energy as though I was dropping onto a fluffy feather bed.

As I began my practice of Reiki, I recognized the energy as it passed through me. This recognition came from several aspects of my life; a near death experience I had as a child, my natural body heat that had always run hotter around those I loved, and the energy sweeps I had performed over various friends and relatives simply to learn how to feel their energy. Each of these situations had carried the same energy mark that I now felt while channeling Reiki energy and each had a healing effect. But how was this possible if, as is absolute in Reiki training, only those attuned to the Reiki energy can perform Reiki?

As I gained confidence in my ability to work as a Reiki Master, I began to trust my intuition and use different techniques in my sessions. I introduced various breathing techniques and shamanic skills to my practice. Each increased the energy I could channel in a session and heightened the success of the work.

I loved my experiences with this healing energy and wanted to pass it along to others. Although I had begun preparing materials for Reiki training, I wasn't comfortable passing on some of the more historically traditional rules I found in Reiki. I needed to feel more comfortable with the Universal Life Force Energy that is channeled by Reiki practitioners. I needed to understand why my earlier experiences with healing energy were not Reiki. I needed a way to pass on this skill of working with the energy without the absolutes and restrictions of Reiki.

Then I saw an advertisement for Richard Gordon's Quantum-Touch lecture in Austin. The ad called Quantum-Touch a "Breakthrough in Hands-on Healing" and included rave quotes from some of the most respected individuals and periodicals in the United States. I was intrigued and held my cynicism at bay.

The Quantum-Touch lecture was exciting from the opening demonstrations on. Here was a type of healing that embraced the theoretical physics behind shifting energy and didn't recognize the practitioner as master, but the client as healer. Richard's funny, gregarious, intelligent presentation style served to support an honest desire to openly bring healing to everyone. An egalitarian approach to healing was just what my spirit was seeking. But how was this energy different from Reiki?

Richard was kind enough to run a bit of energy to me so I could feel the difference between Reiki energy and Quantum-Touch energy. Quantum-Touch energy felt a bit sharper, rather spiked and more electric. Reiki energy had always felt smooth and soft to me, even in its spikes. The only real discrepancy between the two I could find was in the immediacy and drama of the results. From my experience, results from a Reiki session can be immediate, but more often than not, the energy works through it's healing process over a number of days. Amazingly, Richard was able to use Quantum-Touch to alter a young woman's skeletal structure right in front of me. I simply had to attend Richard's upcoming workshop.

The first morning of the workshop opened with the same excitement as the lecture. After a brief introduction and review, we began to work through the steps of feeling the energy that already exists in, through, and around our bodies. Richard's book, Quantum-Touch, The Power to Heal, served as our workbook and opened the Quantum-Touch techniques for everyone to learn on their own. We all had access to this healing energy, called the Universal Life Force Energy here as in Reiki. We simply needed to learn how to feel the energy, focus our intent and attention on it, practice and work with it, using skills taught in the workshop and the book.

Our next step was to run the energy to each other using the breathing, visualization and vortexing steps Richard had shown us to raise the vibration of the energy to its highest healing potential and focus that energy on the areas to be healed. Here were some of the techniques I had been using intuitively in my Reiki practice, but expanded far beyond what I had been able to identify on my own.

The energy in the room became palpable and within a very short time, we were all channeling healing energy. Responses ranged from laughter to tears as passages were opened and energy was shifted, bringing to each participant exactly what they needed for the highest level of healing. This was Reiki beyond Reiki. The energy was the same, but heightened. Without benefit of attunements, these participants were holding, focusing and shifting energy with proficiency and power.

As day two opened, we began to shift the energy beyond our four walls in distance healing. We successively held various images in the palms of our hands, shifting the frequency of our perceptions to a higher level. We worked on each other again, sandwiching healing orbs of energy into each other's bodies. The greatest difficulty we had by the second day was finding some ache or pain that needed healing.

I came away from the workshop thrilled to have found a modality that addressed my qualms about Reiki. Energy healing is energy healing regardless of the name. The difference in modalities is simply the way each teaches students to generate, hold and present Universal Life Force Energy.

Unlike Reiki, in Quantum-Touch Richard teaches specific techniques for everyone to heal. The skills he teaches amplify Reiki energy beyond its original levels into a more expansive, forceful and effective healing power. The fact that he offers these jewels of information to everyone openly, honestly and lovingly shows integrity that resonates throughout his book and his presentations. This is not someone out to build a mystery to make a buck. This truly is our natural inheritance that Richard is offering to us with joy.