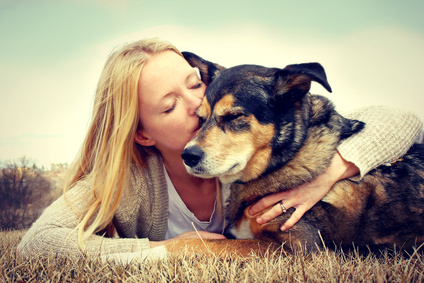 I often use Quantum-Touch on animals. I am a body talk/animal talk practitioner and I combine Quantum-Touch with my sessions beautifully. Here are a couple of stories:

1. I was doing an animal talk course in Johannesburg, South Africa and on this day, we were working in an animal shelter. We were paired off in two's and given a briefing on the animal chosen for us to work on. In my case, there was no history on the dog, so we did a body talk session. We discovered that it had a wound on its neck, (please note the dog was in a cordoned off area) so no touching but working from a distance. The session came to an end and we discussed other modalities and Quantum-Touch came up. At this point, I had only read the book so I explained, to the lady working with me, what we had to do.

The dog got up and turned its neck towards us and sat quietly. It then ran off to the distant corner of its kennel and processed for about 5 - 10 minutes. Then the dog came back and showed us its neck again and we did a bit more Quantum-Touch. I must tell you that this dog was barking and yelping and running around its enclosure when we first started working on it and calmed down completely afterwards.

2. I was housesitting for a friend in South Africa and she had two cats and a Rhodesian Ridgeback, so I would practice Quantum-Touch on the cats and dog. The cats would sit on my lap and let me run energy and then get up and stretch/ walk and come back for more. Often, they’d reverse into me so I could work on their backs. Chocolate, the dog, would do the same thing! I noticed that Chocolate had a lump on her back, close to the ridge of hair near the hip area. The lump got bigger and was a bit smaller than a dollar and was now a noticeable lump, so I ran pure Quantum-Touch on her. A few days later, the lump was gone and the only evidence of there ever having been anything there was a bare patch. That was just one little session.

3. My neighbor’s dog has osteoarthritis and her hip was really wonky to the point where they built special steps to help her climb onto the lawn. Well, of course I couldn’t resist the temptation to work on Ali the beagle. Now, she comes bounding up the stairs, jumps on the chairs and runs all over our house when she visits and loves Quantum-Touch.

I find that dogs also need to be aligned, and often their hips are out, so I have had lots of success working on my furry friends. I find that animals don’t like to be touched the whole time while running Quantum-Touch so I often just keep my hands above them and they will lie very peacefully while the session is on. They will get up when they have had enough and they don’t take as long as humans to adjust.