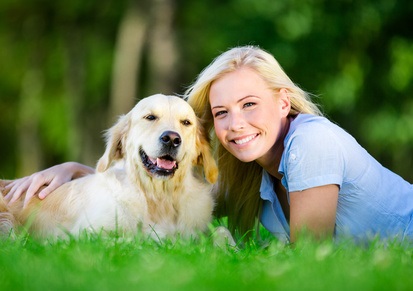 My retriever has arthritis and whilst it's been managed, he suddenly took a turn for the worst over Christmas. I got him to the vet who said he was "absolutely riddled" and gave us a fortnight's worth of painkillers. He told us to come back when we finished the course to "plan the next move."

Terrifying words to a dog owner. Absolutely panicked, I did some frantic Googling and eventually came across Quantum-Touch. I quickly downloaded the initial book, skipped the theory and went straight to the "how to" bit.

Having learned how to, I then progressed to doing half hour sessions on my dog. When he was asleep, I'd do further half hour treatments on a surrogate - my toy dog from childhood seemed appropriate so he was dug out of the attic. Even though these sessions didn't actually take place on my dog, himself, I sometimes got so far into the rhythm of the breathing, the heat, and the energy, that I could actually feel him - his fur and the breadth of his back beneath my fingers. It was a very strange feeling but as I felt it, I also felt calmer and deeply connected.

Quite quickly, within 48 hours, he started to perk up and the improvement was clear. I was overawed and so very grateful. I took him back to the vet and whilst I didn't disclose what I'd done, she was very surprised at how rapidly he'd improved.

I did incorporate a few other methods - meditation and the blessing of water - and clearly, the vet played her role, but the immediate life/ death crisis seems to have been "won" largely by the use of Quantum-Touch. He was on no other treatment at the time that I used Quantum-Touch besides painkillers, which wouldn't have done anything but mask the pain.

Thank you very much!