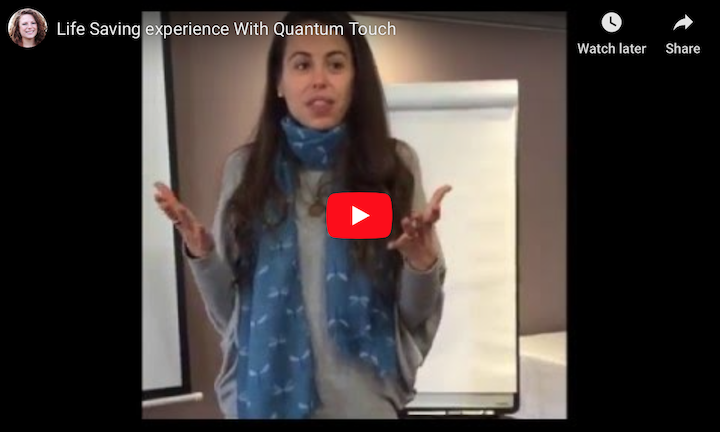 When Aynoa Lecea, a Spanish dentist from Exeter, attended my Quantum-Touch Level 1 class in October 2015, she had no idea that just a few days later she would be using her new skills to help save her 35 year old husband’s life after he collapsed in the forest and had a heart attack.

Whilst being “dead” for nearly an hour, Aynoa continued to give him Quantum-Touch whilst a passing cardiologist gave CPR. The ambulance crew told them that they should both stop after 15 minutes as he was very clearly gone.

Both Aynoa and the cardiologist refused to give up and faithfully continued to do their best to bring him back using Quantum-Touch and CPR.

After nearly an hour, Aynoa’s husband Enrique miraculously woke up, shocking the ambulance crew. After being admitted to hospital, he was put into an inducted coma and Aynoa was told that Enrique may wake up in an unrecognizable way, depending on the level of damage.

She sat there for several days and gave continuous Quantum-Touch to her husband. When he woke up, the staff at the hospital were in shock. After experiencing one miracle already, they were amazed to find that he was 100% fine with no damage to his heart or any evidence whatsoever of having had a heart attack.

Watch this mind-blowing video where Aynoa talks about the miracle of her husband's experience – it reminds us all to always have faith even in the most intense of situations. Special thank you to Aynoa for sharing this incredible healing with us all!