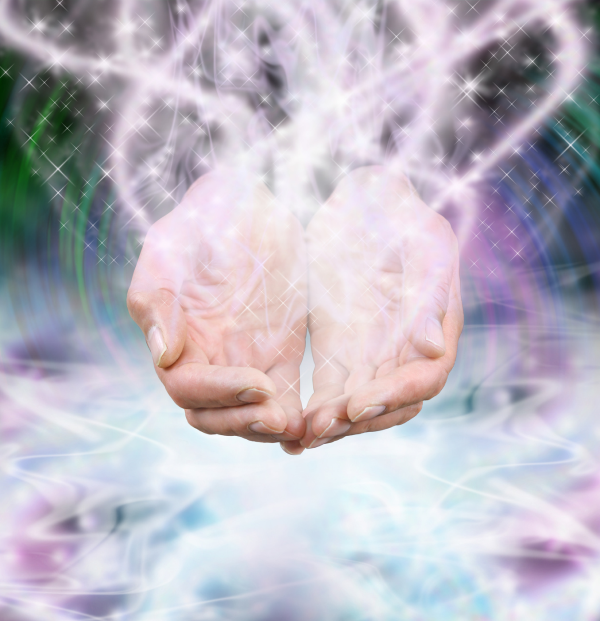 In a recent Quantum-Touch workshop, I learned that we all have the ability to heal ourselves. It is by opening our own floodgate of energy that we can go beyond that which we presently believe.

We can cease to be self-limiting and choose instead to put cells, bones and bodily functions back into perfect harmony. We can restore our own well-being and be left feeling the peace in our bodies that we were meant to know; before we were tainted by traumas inflicted on us by simply living our lives as physical beings on this good Earth.

Beneath our feet are complicated stories, tainted with pain and hardships that have entered us. Traumas trapped in us long ago are there still waiting to heal, to move out and dissipate, once again leaving us in peace.

Quantum-Touch healing brings with it also an emotional release, a sense of being cradled tenderly, of receiving a perfect 3 breath hug. As healing energy runs through me, cloudy currents are released, swirling down the drain like dirty water from a bathtub, the remains of my muddy feet all gone.

Through Quantum-Touch, I have learned how to run healing energy into me. Under Aileen McKenna’s guidance, using the amplified breathing techniques and the power of focus and intention, it has healed me.

I was in considerable pain entering the 2-day Quantum-Touch workshop. I took it as I was awaiting a second MRI for my shoulder and I had already been told that I was in need of surgery to fix my wrist after it had shattered like cornflakes, after slipping on ice 8 months earlier.

I’d been in 3 casts and the pain had never ceased screaming down the outside of my arm, even though it was the inner bone that had broken through the joint to the base of the thumb.

As the last cast came off and I tried to regain movement, extreme shoulder pain appeared and rotator cuff injuries were suspected due to my limited range of motion in 2 directions.

I’d missed 2 weeks of work initially, I was going to physiotherapy religiously, and yet still it was excruciating to pull on a shirt or open my car door. I couldn’t wash my back and I hadn’t been able to sleep on my left side since the Boxing Day fall.

I woke up every morning with deep shoulder joint pain while my wrist felt continually like it was trapped in a vice. I had a sense of remorse every time I tried to use my left side and had begun to worry of a limited future with no ability to do proper exercise again or have a full night of peaceful sleep.

After hearing a short introduction, I was struck by Aileen’s stories of healing results from this simple modality she called Quantum-Touch. So, I entered the next 2-day-workshop she was offering, thinking, what can it hurt?

I came away knowing that I had just experienced a more eloquent solution to pain management and healing than I could ever have imagined, had I not witnessed the power myself. I left thinking, I can’t believe what has just happened to me!

By the end of the first day, with several sessions of giving and receiving hands on healing, I felt as if I’d had a deep massage in my shoulder, wrist and neck. I’d also undergone a tearful emotional release.

The next morning, I awoke pain free, lying comfortably on my left side for the first time in 8 months! I sprang out of bed to my mirror and raised my arms to see how my outward range of motion was to find it was hugely increased! Only tightness remained and a sense of needing to stretch gently; no movement was excruciating as it had been previously.

My spirit soared me into the workshop on the second day and I felt even more of the same magical treatment continue on in me. I saw others there were experiencing the same mysterious process and a sense of positive blessings also.

Two weeks later, the healing still goes on. I continue to sense and see palpable movements which start-up of their own accord, energy that undulates gently between my shoulder, elbow and wrist.

Deep red-purple patches have appeared under the skin and continue to move around my outer wrist bone. I sense this is Quantum-Touch energy still bringing new circulation to this damaged and long deprived injured area.

At times, the inner bone pulses of its own accord, upward toward my thumb. With it comes a sense of warmth as if the bone is somehow righting itself, strengthening, straightening, and doing whatever it needs to do to be fully functional again. I have a sense my body has entered into a process that I can trust.

I know now that there is no surgery in my future, in spite of what the MRIs and x-rays have shown and the specialist doctors have said. I was told by one specialist, “You can’t heal bone with prayer.” Perhaps not, but you can with Quantum-Touch simply by using your own energy!