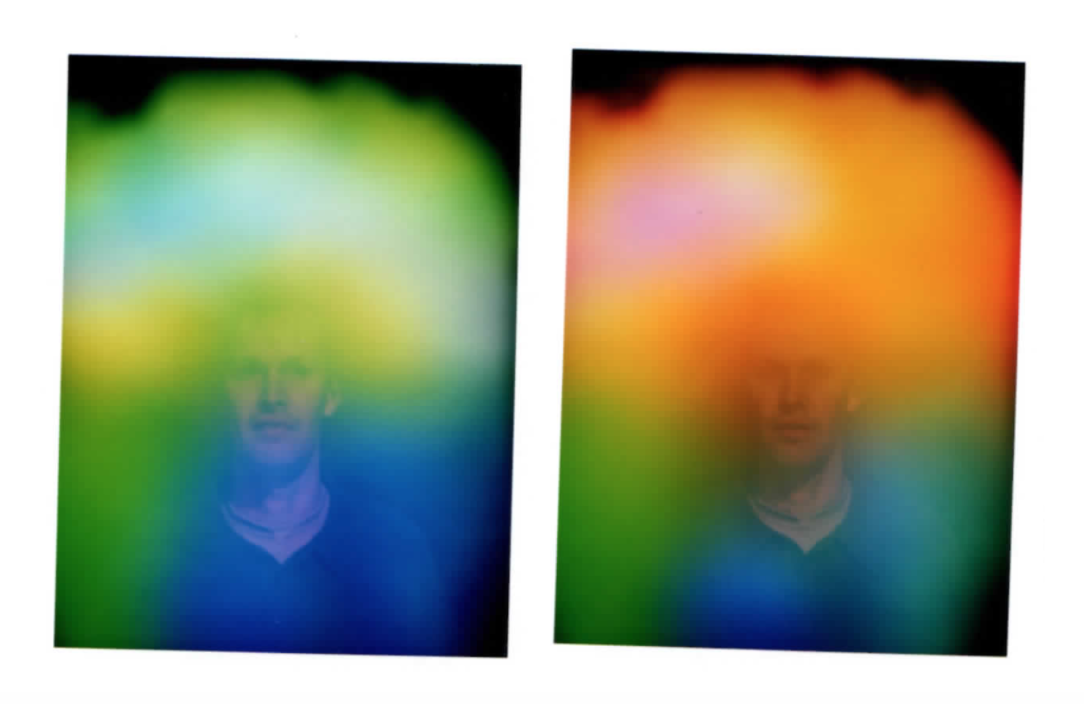 We love Experiments at Quantum-Touch! Just ask Founder/Author Richard Gordon, who wrote a book called The Secret Nature of Matter, which delves into all sorts of awesome experiments.

Here is a story of quite a different nature but equally as powerful. It was sent to us by Rick Hopton, Quantum-Touch Level 1 Instructor.

Here are his words:

I was sorting stuff and found some pictures I had taken at a Body, Mind Spirit Fair, as you do.

I knew I was going (to the fair) so, I tried to keep my energy levels really "normal" or low for a Quantum-Touch individual.

I went straight to the booth to have my aura photos taken. They were taken a few minutes apart, probably 4-5 (minutes). Between the two photos, I charged-up; sweeping, breathing, vortexing and 12-color, Unan, supercharging, core.

When the images developed, the photographer was very surprised. He had not seen such a radical change before, especially in such a short time. It is a really interesting exercise, and also provides some evidence that we can easily affect our energy field and it can be photographed.