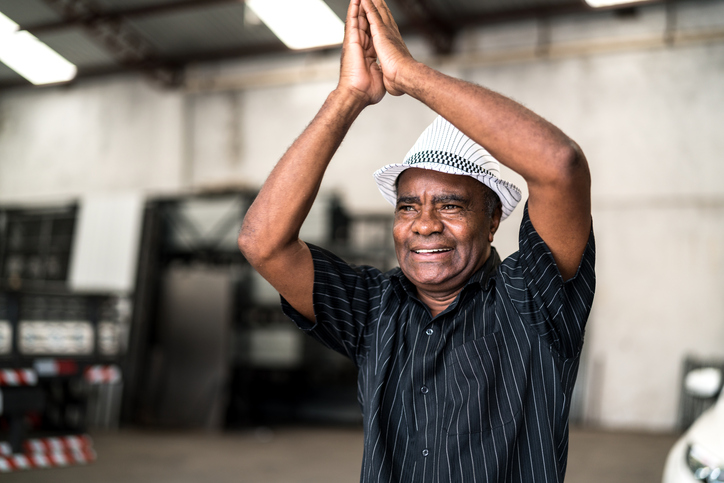 One day, my friend M told me that his doctor said that having surgery was the only thing that could solve his shoulder problems. His shoulders had been injured during navy service (more than 2 decades ago). He couldn’t raise his arms and couldn’t lie on his side for more than 5 minutes.

M said to me, “I am so young. I don’t want to have surgery.” I persuaded him to let me help him with Quantum-Touch.

I let him know that I will try my best. However, I said, "I am not a doctor, and I will not give any medical promises. Everything is self-healing." I did a series of hands-on healing sessions with him, one hour and thirty minutes to two hours for each session.

For the first healing session, I worked through his spine and found that he was not only having shoulder problems. His pains also came from his pelvis, sciatic nerve areas, knees, and legs that were caused by an old car accident. Therefore, I spent quite a bit of time working on his whole torso.

After the first session was finished, he told me, "It’s amazing, Julie! I felt so relaxed and I could move my arms!" He was so happy.

Two days later, he got more strength in his arms, and he could lie on his side about 10 minutes, double the length before the session.

For the second healing session, M wanted to continue improving his shoulder and bone issues, as well as helping him with chest pain and emotional releases; accumulations from the past.

However, before we started, his wife asked me, "What did you do to M? After his first session, he hasn't snored again when he sleeps!" I realized that spending so much time on M’s head and neck also solved his snoring issues (a story never told).

For this session, I used the combination of Quantum-Touch techniques to help M paired with feelings of love and gratitude. When the session was finished, M felt a big relief from his chest and his shoulders could move much better and were not as painful as before. He was very happy!

M went from not believing in Quantum-Touch to having a series of healing sessions, and he never got his shoulder surgery!

He joined my Quantum-Touch Level 1 workshop in the summer of 2019. He also persuaded his mom to have a series of hands-on healing sessions with me. His mom’s story will be my next published story. Stay tuned!