Amazing Improvement for Boo the Cat 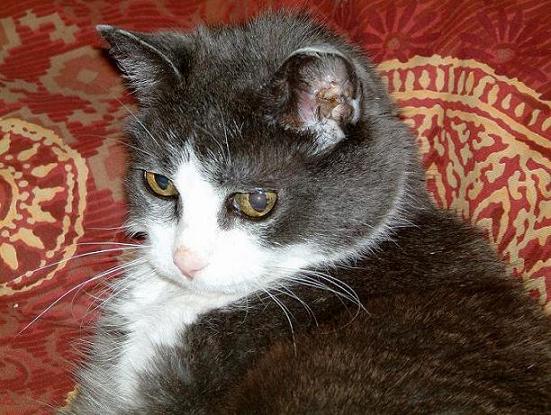 (In our June 27th Newsletter, we introduced you to Boo, a lovely cat with several health issues, who was given to Karen Stock of Winnipeg, Canada to take care of for a month. Boo later claimed Karen for her very own, and they have been living together ever since.)

In our original story, we stated that Boo was 22 years old and Karen recently wrote to us to advise that the original owner had miscommunicated Boo’s birth date, and that Boo is in fact, 19 years old. And like Karen, we still feel that 19 is a ‘good old age for a cat!’

Karen has sent us a new story about Boo and was even so kind as to send pictures!

Please see the original article below and the update will follow...)

At the beginning of May of this year, I was given Boo – a 22-year old cat – to take care of for a month. One could tell that she was elderly and she had a number of health problems.

As soon as she arrived, I started giving her QT. At the beginning, she shied away from it but after one week, she decided that she was ready for energy treatments. From there on she demanded daily treatments. Within one month, her health greatly improved. She was not able to retract her claws any more. After a few treatments, her claws retracted and she has been doing normal claw work since. Her left eye was clouded and this cleared up after one treatment. Her lower spine was curved and her hair was scruffy there. With one treatment of tractor beaming [technique taught in Core Transformation] her spine returned to its normal shape and the hair filled out and is very shiny again. She walks much better now and her muscles have strengthened greatly.

After one month of staying with me she decided that she had been adopted and did not want to return to her other home. Her owners agreed since she would be staying in a small apartment instead of a house with many interesting rooms, stairs, an outside deck and space to roam around. Recently, I was able to switch her to a healthier diet and she has lost weight. Her face looks much younger and she is a very alert, active, and loving cat at the age of 22. 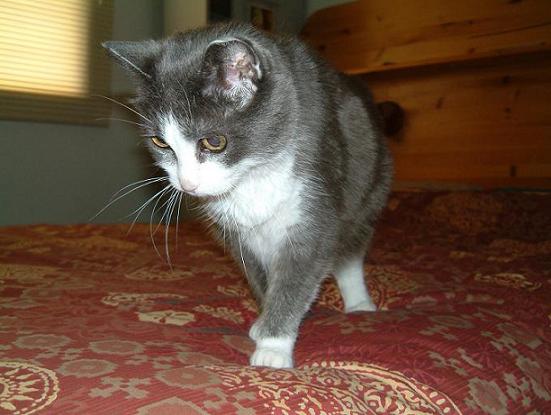 About two weeks ago it was very hot and Boo decided to stop eating. She developed signs of going into diabetic shock and she refused to accept “hands-on” energy. I said to myself, “Wait, I will get you.”

I ran distant healing energy into her pancreas. Five minutes later, she started to eat again and has been eating well ever since. She even looked younger afterwards!

On the weekend, we decided to take her camping. In the evening she insisted in going canoeing with us. She really enjoyed the experience. What a cat! (Q-T Staff Note: We think so!)