Energy Healing and the James Gang 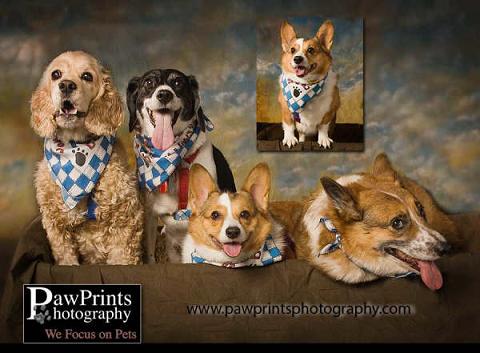 I was introduced to Energy Medicine in 2006, but didn’t have a lot of faith in it because it never seemed to do anything for me. That changed in 2008 when I actually ‘felt’ a positive, long-lasting reaction from a session. I became a ‘true believer’ that Fall, when I attended a conference, at the Association of Research & Enlightenment (ARE) in Virginia Beach. Part of that conference was an introduction to Quantum-Touch by Richard Gordon.

Since then, I have had formal training in Quantum-Touch and Healing Touch for Animals. I’ve read books on Quantum-Touch, Donna Eden Energy Medicine, and Dream Healer. I plan to continue my education, via DVD and more reading. My goal was (and still is) to assist animals with healing. Especially our own pets.

Since my training, last Fall, I have performed hands-on healing (using a combination of modalities) on all our dogs on a regular basis. (Starting with 5 times a week and decreasing down to once a week, as I learned more advanced techniques.) Unfortunately, I had to stop treating our guys for a six week period this Winter, when I started having excruciating back spasms. At that time, my husband began studying energy healing on-line, to assist me and our critters.

We currently have four dogs. All are rescues. Three (Milo, Jake & Mae) have documented medical issues. The other dog (Daisy) is very ‘skittish’, especially around strangers. 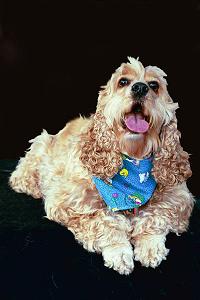 Milo, our mixed Cocker, was diagnosed with endometritius in October of 2006 (he was eating, but ‘starving’ because his body was not digesting the food). He was about 9 years old when diagnosed. He was supposed to be on a special diet, but he hated the food (for good reason … the prescription food is junk). We started him on Solid Gold Holistique Blendz (a fish-base diet, lower in protein) and our Vet prescribed Enacard. Due to his condition, he had to have his urine tested at least four times a year. Consistently, since his diagnosis, Milo’s urine had a high level of protein. While the med stabilized his condition, it didn’t cure it.

I started treatments on all the dogs, in October 2008. Milo had his first post-treatment urinalysis later that same month. His urine had no protein in it, for the first time, since his diagnosis in 2006. We did a second urinalysis in February of 2009. Still no protein in his urine. The only change made in his treatment, since his diagnosis, was the energy healing. I feel that the energy healing actually cured his endometritius. 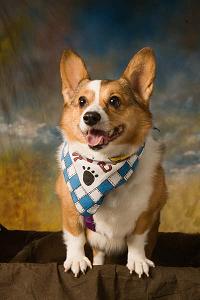 Mae, our mixed Pembroke Corgi, was diagnosed with bladder stones in 2008. She was about 1 ½ when diagnosed. She was operated on, before we got her in May. Since Mae’s surgery, her urinalysis consistently showed bladder crystals. Since she had crystals caused by both acid and alkaline urine, there was no medication or diet that would work for her. We did try some prescription food, but like Milo … she wouldn’t touch it. We didn’t blame her for that. All you have to do is read the label to see that the food is crap. We immediately put her on the same food as Milo (the Solid Gold). Our Vet prescribed potassium citrate crystals for her. Her urine was tested about every 8 weeks. She showed no improvement between May and October. In fact, her crystals were increasing as time went on.

The Vet told us she would probably have to have more operations, in the future, as the crystals formed into stones. At that time, he asked us to increase Mae’s dose of Potassium Citrate crystals. I also started energy treatments, at the same time. She had her next urinalysis in November. For the first time, since she was diagnosed, her urine had no crystals at all. We did a re-test in February 2009. Her urine still showed no signs of crystals. I feel that the energy work healed her also. 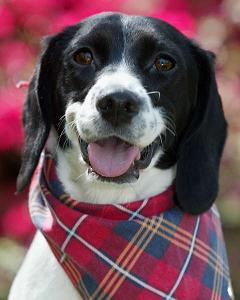 Daisy, our mixed Harrier Hound, is our skittish girl. She actually sees the energy and is very hard to treat because she runs away as soon as I ‘charge up’. She has shown some improvement, and is not as jumpy as she was prior to treatments. I’m hoping, that with time and more energy, she will improve. I plan to start remote healing with her. That may work better for her. 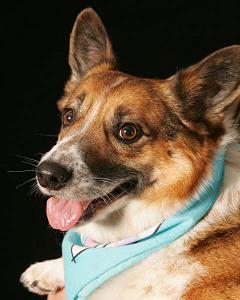 Jake, our mixed Cardigan Corgi, started limping in February 2007. He was about 4 years old. He was originally diagnosed with degenerative bone disease. After researching stem cell therapy, we were told we had to have a biopsy done before the stem cells could be used. The biopsy came back as Cancer. If he has Cancer, I believe that a Leptosporosis vaccine, he received in April 2008, caused the Cancer. Three of our dogs received that vaccine. Jake, Daisy and Sadie. Daisy got very ill. It killed Sadie. (I had a necropsy done on her and it confirmed my suspicions.)

Several healers and pet communicators have told me that Jake does not have Cancer, that he has a degenerative bone disorder. I started energy treatments on him in October. At first, I thought the energy healing was working. An x-ray, we had taken in December, looked as if there was some regeneration. However, his limping and pain level have become worse and the most recent x-ray (April 2009) looks very bad. I don’t know what to do about him except to continue with the energy therapy. He is very sensitive to it and will vocalize if he doesn’t like something, even though I usually don’t touch him while doing treatments. If anyone has any suggestions, I’m open. I don’t know what more to do for him at this point.

On another note, I always get a live Christmas tree. We buy it the day after Thanksgiving, soak it in water for a few days, decorate it and then leave it up until the second week of January. Needless to say, the poor tree is usually just twigs and a pile of needles when we take it down.

This year, I decided to try an experiment and ran some energy (about 2-3 minutes worth) into the tree as soon as we got it into the stand. I ran the same amount of energy into the tree after it was decorated and once more before Christmas.

When we took the tree down, in January, it was still a ‘whole’ tree. Most of the needles were still solidly on the tree and still flexible. This is the first time this has ever happened. Obviously, the energy ‘charged’ the tree and kept it alive longer. This is especially amazing because the only ‘open’ area we have to set the tree up is right next to a heating vent!

Also, we bought a couple of green carnations, for St. Patrick’s Day, this year. My husband ran some energy into his and it lasted for six weeks. I didn’t run energy and my flower died within a week. Both flowers were in vases with plenty of water.

So, energy healing does work and has many uses. I AM a believer!!!