A Tsunami of Energy 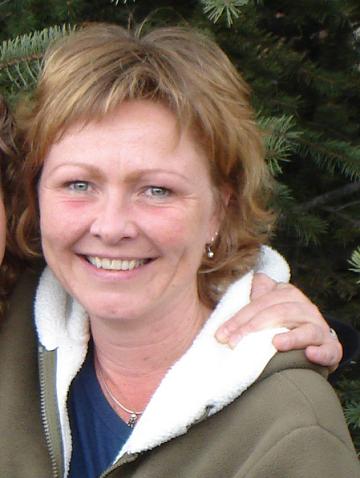 It was only in March this year that I did my first 'Basic QT' workshop in The Netherlands and I already have a miracle to share with all of you!

I was asked by a friend to do a QT-session on her sister, named Els. Els (59) had been forced to make a jump out of a window of a burning house in 1992, in which her leg was speared by the flagstaff on the house facade. As a result, the tissues of her right lower leg were destroyed and the bones had many fractures. She also had serious burns on her legs and arms. Through many reconstructive surgeries, doctors were able to save what was left of her lower leg. She still suffers from excruciating pain after all this time which had resulted in her asking her doctor to amputate her lower leg. Els told me how she sometimes even wants to put an axe in her leg, to be sure that her leg will be amputated. She said: "I like to have the QT-session, because I'm willing to try everything, no matter what!"

Well, that's not just an 'itch or a toothache' for someone as inexperienced with QT as I am! Els deserved someone way more experienced than me! What to do then …?

Better ask my QT- Instructor, Rob Heiligers, to advice me (I even dared to ask him to reveal some 'instant' supercharging techniques to me!). Well, this is how he replied: "100% of you is enough, Ingrid. Because Els asked for you… Just believe in a miracle!" He also reminded me that the power of a group session is much stronger and he suggested that I could ask the other course members, as well as him, to join in together….which I did. I just introduced Els briefly in an e-mail and asked them to join the session at an arranged time.

Els, sitting in a wheel chair, welcomed her sister and me. Her face grimacing in excruciating pain. She can walk if she has to, by using crutches, but is always in a lot of pain. As her lower leg is numb, except for the painful areas, she easily wounds herself without noticing and then those wounds won't heal. She frequents a chronic pain treatment facility. Here she gets injected with morphine and a cocktail of other anaesthetics, with very little relief.

Because the weather was great during our session, we made ourselves comfortable on a settee in the garden at the appointed time. I asked her to gently focus her mind on her lower leg, just as I did.

I started focussing on my breathing as well, to raise and keep up the level of energy between my hands. I felt very relaxed, ready and willing only to give her (already healthy!) leg the energy it needed to heal itself, without any thoughts of result or outcome. After a few minutes Els said the pain level increased. Other spots in her leg and toes started giving her an awful lot of pain too. I asked her to try to just let it be if she could, and continued giving QT. After a few minutes Els told me that the area under my hands started feeling anaesthetized, and so did the other painful areas after a few more minutes. Amazed she started saying: "I don't feel pain! I don't feel any pain! I can't believe it!" I asked her to accept that the pain was gone. This would give her the opportunity to visualise the things she really would like to do, like walking or swimming…or anything she liked. Els started visualising how she and her dog were walking on the dike in front of her house…and she said: "Wow, what a great physical experience this is. It's great to walk on the dike, I can actually feel myself doing it!" For the first time in 16 years Els didn't feel any pain!

After I let her enjoy her visualisations for 15 minutes or so I said: "I'm going to ask you something that may be very difficult for you, but just try your best to do it. I want you to imagine that you're in the burning house again, only this time you don't have to jump because you can change the facts and you can find a way to leave the house, by using the staircase. You'll be able to get out of that burning house and reach a safe haven on your own two healthy legs." I continued to focus on her (already healthy!) leg and on keeping up the level of energy between my hands as high as possible. Suddenly and very unexpectedly a forceful tsunami of energy rolled up, entering my body through my feet, up through my legs, up through my abdomen and chest into my head. Tears started rolling from my eyes. I never had such a powerful energetic experience before. That was exactly the moment Els changed reality, which could have been the energetic reset of her physical trauma. Els was sweating, her leg started shaking and I could feel all tissues vibrating, trembling and 'cracking' under my hands. All that movement and vibration under my hands lasted for more than 15 minutes. Then Els relaxed completely, saying: "Wow, do I feel great! Feels like I got rid of 20 kilogram's of weight of my shoulders!" I asked her to go back to a pleasant physical experience by visualising what she'd like to do now with her painless leg and I encouraged her to enjoy that to the max! 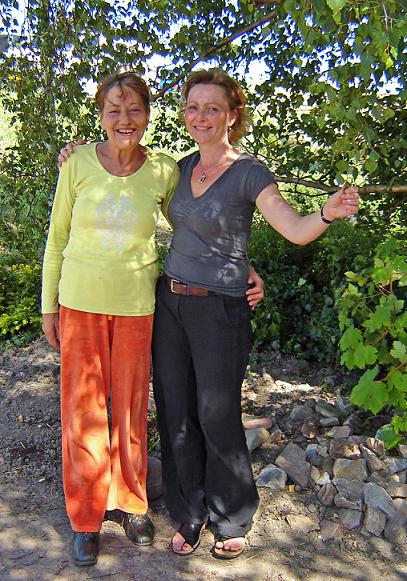 After a little more than an hour I felt I could round off the session, but asked her if there was anywhere else she wanted me to apply my hands. She asked me to put them at the base of her toes, because she always feels pressure there, as if tissues or nerves are pinched. I put my hands there and focussed on my breathing and energy level again. After a few minutes she felt relieved and stated that the pinched feeling was gone. I asked for a minute to thank all people who, from a distance had connected in this QT-session for her. Thereafter I rubbed my hands and blew on them to disconnect our energies.

When I looked at Els I saw a changed woman. She had a changed, bright and open, look in her eyes. Her face now looked very relaxed. She got up and, with extreme caution, tried to start walking. Without pain, without crutches she was able to do so, while constantly repeating the words: "A miracle happened, I can't believe it, this can't be true!" Her toes felt warm and she could even bear weight on that leg. I asked to change her outcries into: "A miracle happened, I believe it, this is true!"!…She has been saying this ever since. Els keeps walking completely astonished, repeating that slogan again and again. For the first time in 16 years she felt no pain and she could walk on a leg that was supposed to be amputated!

After an hour or so her husband arrived home and saw Els walking towards him with open arms. He instantly stopped moving, exclaimed "this can't be true!”, turned around and left. He just couldn't believe or cope with the image of Els walking. After a few minutes he returned, stammering: "H-h-h-ow can this be?!"

Els prepared a wonderful lunch for us. We ate together, all thankful, astonished, excited and relaxed at the same time. I asked Els to call me after three days, which she did. Els told me then that she has not experienced any pain since and that she's walking without crutches. She also feels in a peaceful state of mind and very energetic. She ended our conversation, laughingly saying: "It's a miracle and it's true!”

Els did not feel any pain for 6 days. Then she called me, telling me that it felt like the 'QT anaesthetic' extinquished, and that she was feeling some of her 'old' pain again. She was still able to walk though. I asked her how she felt about that. She answered: "Well… I just had a GREAT week!! You tought me the importance of positive thinking." She didn't panic about the pain coming back, but surely seemed worried about it. I arranged with her to do a QT session from a distance the next morning and asked her to gently focus her mind on her lower leg then, just as she did during our first session.

After that session she called me, telling me that during the session she suddenly got an awful lot of pain in her shin-bone (she had forgotten she had one in that leg!), that her toes and shin felt warm (they felt cold again since the day before), that the feeling of pressure in her leg was gone and that she seemed to feel a little less pain. "I'll call you again tonight, because there's all sorts of things going on in my leg right now." That evening she called me to tell that all pain was gone within 15 minutes after our session and that she felt GREAT again. It may just need some time and QT-sessions to consolidate the amazing miracle that happened, because Els was suffering and in pain for 16 years! I am (we are) very much willing to support her with QT in that healing process.

Els called me today, 4 weeks after our first QT-session on June 24th . She sounded quite desperate and told me she was having severe pain again for 5 days now. She could still walk around a bit in the morning, but during the afternoons and evenings she could only sit and moan. She hadn't been able to reach me because I was on a short holiday. I must admit that I almost 'forgot' about Els, because she was doing so well for weeks now. Els also felt a little depressed, saying "It's that same old song again, that pain is driving me crazy!". I asked her to remember that she had been without pain for weeks and that we sure would work on that together again. We settled a remote session two hours after our phone call. She knew exactly what she had to focus on then.

I started doing the Amplification Technique and centered the energy, gently focussing my mind on her lower leg and visualising Els walking around with that big smile on her face. During the session I realized that I unconsciously had started 'talking' to her pain. Something like: "You sure did a good job, but if you feel like leaving, feel free to go now". A few minutes after that 'conversation' I suddenly felt a wave of energy going through my body. Just like the 'tsunami' I felt in the first session, but less strong this time. After 40 minutes I felt that I could round off the session.

Els called me two hours after that, saying: "All pain is gone…it's true and I believe it!" She sounded very cheerful. She'd first felt a painful burning sensation in her shin-bone, like during the second (remote) session, and then her leg suddenly started feeling anaesthetized again.

We agreed upon her calling me as soon as she felt the first signs of change or pain.

Ingrid van Zwaaij
Amsterdam Netherlands
This email address is being protected from spambots. You need JavaScript enabled to view it.