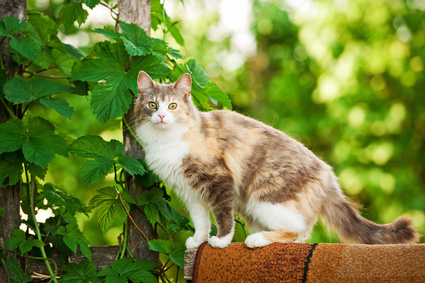 The other night one of my cats suddenly started falling over and then "flipping" her body around. In retrospect I now realize that she was merely trying to "right" herself because she couldn't stand up at all. Then I noticed that her eyes were going back and forth horizontally, very very fast, and that was the cause of her dizziness. She started vomiting. She started crying. I didn't know what to do and it was after-hours at the Vets, so I ran energy. I worked for an hour and a half and the eye movements slowed down considerably. She went to sleep and in the morning she was bright-eyed, hungry, purring, and then wanted to go outside as usual.

I called the Vet in the morning and he thought it was Nystagmus, a neurological problem, and doesn't usually go away on its own after an hour and a half. It usually takes drugs. I told him I do a form of hands-on and he thought that was wonderful.