QT Made All The Difference 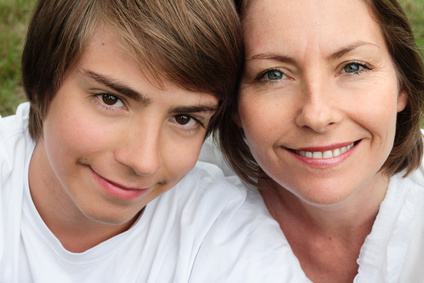 My 15 year old son was bitten on his face by a dog. The first two days we had checkups in the hospital and it seemed to be healing alright. On day three the doctor started to be very worried, obviously a severe inflammation was going on. Instead of just cleaning the wound, the doctor asked him if he could be a hero for him and allow him to cut deep in the wound without anesthesia (to protect his system) in order to clean it again. He agreed. I held his legs while I was running energy like crazy. The nurse had to turn away because she couldn't stand to see him suffering). The operation took 10 minutes.  He was the hero of the day. He later told me he could feel the QT very well, felt a bit sleepy and the pain was bearable.

One day later another crisis came up. Doctors had to decide if they would operate him the next day (being afraid of complications in the brain). That night 12 people gave him distant QT. The next morning he was out of danger, the wound definitely began to heal!

At this time I had an "after-shock-syndrome". I started to get confused, my legs trembled, my heart made peculiar jumps... A friend of mine started to give me immediately distant QT and repeated it a couple of times throughout the day. How gorgeous!!! So soothing. It felt as if I had found my body again and was able to take place in it again. As if somebody had placed the right order again in my inner space. The feeling of relief and breathing out remained throughout the whole night. I learned in this period that one should always remember to give QT to the family of the patients. Who else takes care of their worries?

My son is doing very well. He is back in school and back in party life... But there is a shift in his energy and his behavior. It's somehow as if he would dare to show his love for us as his family much more and he is much more conscious in general. Thanks again and again to QT and to those who know how to use it.