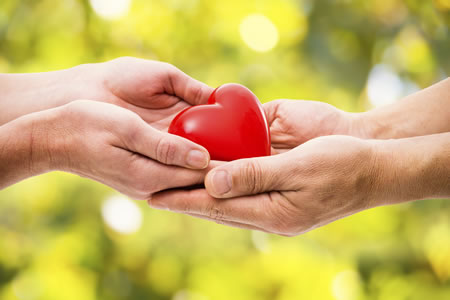 Tori had given us permission to do a distance healing session for her. She was living in British Columbia, Canada at the time, Rick and I in Colorado Springs. I explained that it might not help, but she agreed it was worth a try. At 9:00 her time the following morning, Rick and I began to run energy for 45 minutes.

Tori's main concerns were pain in her hips (9), right knee (4) and lower back (10), mainly from arthritis. The pain had been getting worse over the years, but had pretty much stayed at those levels regardless of the time of day. That night on the phone Tori told us what happened.

When she got up, she had forgotten about the session. Around 9:30 as she stood at her kitchen counter pouring a cup of coffee, she felt something. She had the sensation of ice-cold fingers on her back bone as if it was being pulled. It was then that she remembered we were going to be doing QT for her. She went ahead with her plans for the day and again forgot about the session. At 3:00 that afternoon she was at a petting zoo and had just straightened up after bending over to feed an animal. The awareness hit her like a cosmic 2 by 4 . . . "Wow, I just stood up and didn't hurt!" Normally she would need assistance to accomplish that small feat and with a great deal of agony.

It was then that she mentally went back over her day. She had been in and out of the back of a van numerous times without help, without pain. She always hurt too much to do that and always needed help.

That night Tori was thrilled to announce that she was moving easily and rated the pain level for all her concerns at "0".