Discover Why Energy Healing Skills Are A Must For Parents Today! 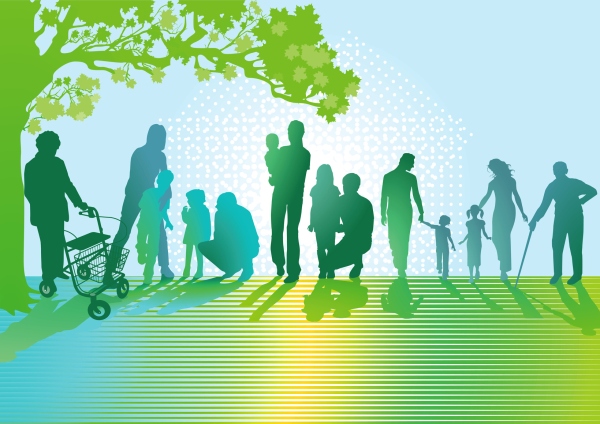 With energy healing gaining momentum and wider mainstream acceptance, parents are being offered new and previously unheard of opportunities to learn invaluable hands on skills to effectively make a difference when their child is in pain.

Seeing a child in any kind of pain is always difficult for any adult to see, and when it is your own child there is nothing more frustrating than feeling powerless and unable to help your child feel any better.

As a passionate Quantum-Touch Practitioner and Instructor, I have noticed an interesting and welcome shift in the trend of my workshop participants since I began teaching a few years ago. Initially Quantum-Touch attracted existing holistic therapists wanting to add another string to their bow. Now my workshops are also filled with nurses, therapists, careers and family members wanting to learn a powerful skill to help a loved one “ and unsurprisingly many more parents.

Quantum-Touch is unique in its ability to produce profound results and is incredibly simple to learn. Children tend to find it fun to receive and it is a wonderfully natural, connective and empowering experience for the parent to be able to help reduce their childs pain and also calm them down when they are emotionally upset.

Quantum-Touch energy healing encapsulates this notion completely and is an exciting and powerful modality that is attracting increasing numbers of parents who use it at home themselves with excellent results. Before one can understand how this is possible it is necessary to gain an understanding of how Quantum-Touch (QT) works, why it is such an easily learnable skill and how parents are walking away from a two day workshop able to help their children with both acute and first aid situations.

Quantum Touch is based on the premise that everything is made up of energy and everything vibrates at a certain frequency. With this in mind we know that a healthy body holds a high frequency and ill health is associated with lower frequencies. During the workshop participants learn to hold a very high vibration in their hands through a combination of simple breathing and body awareness techniques, and create a remarkably powerful field of healing energy.

The process of resonance and entrainment causes the recipient to match the high vibrations of the facilitator, and the patients body rapidly accelerates its own healing process. The practitioner never becomes fatigued; in fact, it is quite the opposite.

Because we are working at the energetic level we are able to work on all manner of conditions and imbalances. This may include broken bones which have been reported to heal significantly faster than usual, aches, sprains, pains, teething pain, sleep issues, stomach upsets, nosebleeds and also more serious and acute conditions too including, emotional healing and learning disabilities. In fact Quantum Touch has become quite renowned for being able to move bones back into place with the lightest touch, something that was previously thought of as impossible by conventional medicine.

I often enjoy receiving emails (post workshop) from parents and people working with children telling me of their healing stories and how much Quantum Touch has made such a positive impact on their lives.

A 3 year old girl I was working on kept falling over since birth. I worked on her head for 3 treatments and she has stopped falling over.

Yesterday I worked on a 2 year old boy who had a high temperature of 40.4 Celsius and swollen tonsils with puss. After one QT session which lasted 80 minutes, the temperature came down, pain was reduced and the little boy looked and behaved as there was nothing wrong with him.

I was called by the school and told that Ayesha hurt her pinky and needed to be picked up early. They were not sure whether it was broken or not. Her finger was swollen and she couldnt move it.

She was feeling some pain so I first put her tiny hand between mine but the heat was making her finger throb and generating more pain. I decided to use the tripod technique and saw relief in her face straight away. She was laughing and said it was ticklish. The pain disappeared and she could move her finger. She was taken to hospital the same evening and told that her finger was actually broken, and doctors were worried that the nerve could have been damaged as she was feeling no pain and that she will probably need surgery. I carried on doing 20 min sessions here and there for the next couple of days and she was actually asking for it because it was so enjoyable for her. Two days later and the specialist was amazed that the nerve was not damaged, she couldnt understand why she was feeling no pain. Her finger sorted itself out within 2 weeks and she didnt need surgery at all! Leila B, London “ Nanny and Mother

Frances Sutherland teaches at a school for children with all levels of autism. She has been using Quantum Touch at the school with positive effect and would like to see far more parents and careers using it. I use QT with autistic children. Heres an overview of the results of 2 cases: Both were 9 years old with a mental age of 5. Both were acting out anxiety behaviors i.e. unable to settle, running around and disturbing others with their need to gain attention. QT energy was run for a minimum of 5 minutes during which time the child would calm. It was similar to a parent being able to hold their child to calm them but in this case I, as their teacher and one new to them, was able to reach them. The result “ both boys sat quietly beside me. One began to lean on me as he relaxed, the other fell asleep for 10 minutes “ and he had been racing round the room literally climbing the walls just 10 minutes earlier! I believe that parents who can use QT energy for their child can help them manage their own behaviour whenever they feel upset. I also think that if running energy is taught to children they will be able to use it for their own benefit. It could be part of a Personal Social Health and Emotional (PSHE) curriculum. Frances Sutherland, UK Teacher

Dr. Norman Shealy, M.D., founder of the American Holistic Medical Association and globally renowned for his achievements in the field of alternative healing, wrote the forward in the Quantum-Touch book The Power to Heal by Richard Gordon, publically referencing Quantum-Touch as the first technique that may truly allow us all to become healers. Perhaps that is one of the most fascinating aspects of this work. Dr. Shealy was so impressed after testing Quantum-Touch on his most difficult chronic pain patients “ (who had not been helped by any traditional or alternative therapy) “ that he included it in a course he teaches at Greenwich University.

Quantum-Touch is a significant breakthrough in hands-on healing in that it enables both lay people and healing professionals to direct life-force energy (often called chi, or prana) to correct health issues and most importantly anyone can learn and benefit from it.

In an age when parents are far more aware than ever before about the importance of diet, nutrition and natural living, Quantum-Touch is more relevant for parents now than ever before and with only positive side effects. Children raised with energy healing as a household staple of healthcare will have significantly stronger immune systems and parents will enjoy far more independence, freedom and choice in how their children are medically cared for. It is an exciting time for both Quantum- Touch and also for parents who are keen to embrace an incredibly effective system of hands on natural healthcare at home.

Ways to Get Started:

1.) Click Here to Review The Book, Quantum-Touch The Power To Heal

3.) Click Here to Look for a Quantum-Touch Level I Workshop