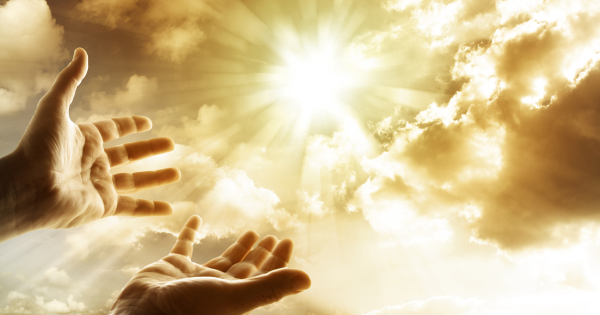 This is not a story of a miraculous healing (as most of these stories tend to be), but of how working with Quantum- Touch has helped me to get in touch with the deeper aspect of myself and to reach a level of trust in how my universe is unfolding.

I have been suffering with chronic musculoskeletal pain for several years now as the result of an unusual injury (I wont go into the details of how the problem started). I now have a multitude of symptoms, mostly joint pains but also suspected trapped nerves and fascia pain in my abdominal area. I also get regular headaches, nausea, stress, depression etc.

My experience with the British NHS health system has not been a good one. Very little progress has been made (by mainstream doctors) towards identifying specifically what is going on in my body, and almost nothing has been done to try and reverse the problem or even to alleviate the symptoms. I have not been able to take any pain relief at all as I seem to have developed an intolerance to many substances. Every painkiller I have tried has left me with nausea, headaches and fatigue. The same is true of alcohol and cigarettes, so I am not even able to drown my sorrows any more. I am also holding a lot of anger and resentment towards specific doctors, who I perceive as being incompetent.

This has left me in the position of needing to seek help through other avenues, which is how I originally became interested in alternative/holistic medicine. I started by switching to more natural supplements for my joints (a combination of Glucosamine, Chondroitin, MSM, Omega oils and Turmeric extract has been a great help). I then tried several of the more widely known physical therapies (including massage and chiropractic) before moving on to try most of the other complementary therapies available today. I found energy work to be particularly beneficial in terms of pain relief.

I became interested in Quantum-Touch after receiving Richard Gordons introductory CD in the post. I was immediately drawn to the idea of being able to heal musculoskeletal problems with the greatest of ease. I took a basic course and then went on to become a practitioner in 2008, when I also became a Reiki practitioner.

Working with Quantum-Touch on myself has been fantastic in many ways. It has provided pain relief throughout my body that I can apply selectively whenever I need it, and has given me a direct, experiential understanding of how life-force energy is involved in the healing process. Working on myself frequently has also helped to bring my attention down from the mind and into the body, which I now see is the key to relieving emotional stress (which itself is the cause of most ailments).

Frustratingly though, the underlying musculoskeletal condition itself has continued to get worse. This has caused me to doubt my own healing ability and also to doubt Quantum-Touch itself, including the miraculous claims of ˜bones moving back into their correct positions effortlessly which I have to say I have never clearly witnessed myself in cases where there exists an actual known musculoskeletal problem. Nonetheless, my intuitive understanding of the process by which Quantum-Touch works leads me to believe that this must be possible in cases where the body is ready to allow the changes to take place.

This has caused me to look a little deeper into the bigger picture of what this musculoskeletal problem represents in my life and why I am apparently continuing to hold on to it even though I know that the possibility of healing must be there. There must be lessons that I have not yet learnt. I can also see that much of my suffering is not being caused by the problem itself, but by my resistance of it; my inability to see it for what it really is.

I have always been very left-brained (I have a first class honors degree in Mathematics) and was never very good at expressing emotion, although I was always fairly emotionally stable. Throughout my life, I had always been in perfect health until encountering this physical problem. This led me to be very unsympathetic towards people who have physical (or emotional) health problems. I just couldnt relate to that world of suffering at all. I had no experience of it, so it had no meaning to me. I know that my grandparents suffered a lot with aches and pains in their later years and that I am now carrying a lot of guilt (mostly subconscious) about my attitude towards what they had to deal with themselves.

As my own suffering has increased, so too has my sense of empathy towards all people who are suffering from both physical and emotional ailments. I am starting to live more and more in the heart, wanting to help others to live happier, healthier lives. This is creating a field of energy around me that I know is highly beneficial to any and all people who are suffering around me.  This feels like my truth. This is who I want to be and this is what I want to do. Interestingly, the fact that I am no longer able to smoke cigarettes or drink alcohol is greatly assisting in the emergence of this, my higher self. I feel more like the real me now.

My plan is to volunteer as a QT practitioner at a local charity for the elderly in order to get some more QT experience. This will probably involve dealing with things like rheumatic conditions regularly. Hopefully, the more I am able to assist others with their own healing, the more I will open to receiving healing myself. The challenge at present is for me find the strength to transcend my own suffering enough to take the first step on this journey. This will no doubt be a big turning point in my life!

I am certain that my continuing involvement with Quantum-Touch has been a significant factor in enabling me to connect with my higher guidance and wisdom in order to see how my truth is unfolding with everything that is happening in my life.

The message of this story then is one of trusting in life and of not trying to force something to heal when it isnt ready to.

Writing down this story has helped to crystallize this truth even further, and I am grateful for the opportunity :o)