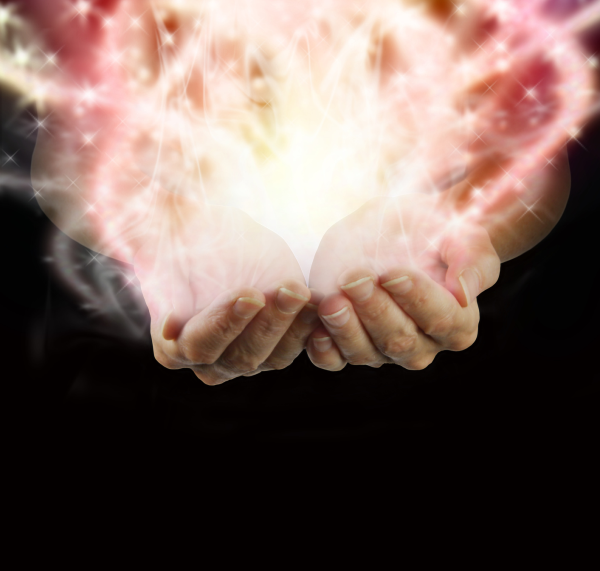 It all felt so sacred. That space where everything is very clear and the silence is so deep it thumps and pounds behind your ears.

We were invited to the lobby of a large local hospital to administer our Quantum Touch hands on healing modality on the battle-weary staff. There were at least four of us working at a time, none-stop all day. Including the certified practitioners and two certified instructors there eight of us in total. We were thrilled to be invited to work on these hard working professionals, but the ultimate goal for us was to be allowed to work on the patients.

The staff came in: nurses, aids, respiratory therapists, ultrasound experts, x-ray technicians, radiologists, ER, OR and Critical Care staff, housekeeping, security and administration. They came on their breaks, sometimes in groups, sometimes alone, sometimes on a bet. Fully dressed, they stood, they sat, and/or they lay on the massage table.

We explained the simplicity of Quantum-Touch to each of them as we worked on them. For us it is the process of us concentrating on the area of their pain or disease then using one of many breathing technique designed to raise our own energy level, even pulling more energy from all around us and placing the palms of our hands lightly, barely over the pain or disease. And then¦we focus on the energy traveling through us and out the palms of our hands, directly to the trouble spots.

With every breath, in and out, we quietly ask for guidance. From our guides, our angles, God, Buddha, Ascended Masters, all together, one at a time, whoever and whatever we believe in. Once that power is gathered and we are focused¦we send love - the highest form of energy. The technique is called running energy.

The energy leaves our hands and moves directly to the area of pain or disease. And then the most wonderful thing happens. The body of the person in pain welcomes the energy and it takes over the process from there. Quantum Touch instructors say, The body makes no unintelligent choices, we do, of course, but the body does not. The ailing body welcomes our energy and sends it to where it has to be for as long as it needs to be there. The person receiving the energy tells us when the pain is gone and we, the practitioners, are done with our part.

Many times the person in pain would look up amazed as the pain quickly disappeared and we lifted our hands away. Other times the person would look at us with disappointment because the explanation was so very simple, so very natural. With results that dramatic, it should be more complicated. These folks who live and work in a medical paradigm were being affected by non-medical healers. Science was meeting spirituality and they were amazed.

And then when we explained that their own energy was now taking over, working on the same spot and that their bodies would continue to heal for several hours, they would leave happily relieved of their pain, but still shaking their heads. Shortly after, others from their departments would come down to see just what was going on in the lobby¦thank you very much!

By now it was mid afternoon. The energy in the lobby was high and warm and swirling around us. We were laughing, talking and soaking in all the positive excitement with the staff. And then I looked over and saw ¦ very slowly and quietly a patient wheeling himself into the lobby. Then another, this one a woman shuffling and dragging a bag of fluids behind her like a golf cart. And pretty soon, another man was being wheeled into the lobby sunk deeply in one of those big, clunky hospital beds.

Then, right then- that was the moment. The moment when the world stands still long enough so you can look through the peep hole into what God had in mind. Into the way it is supposed to be. I felt like I was in a scene from the Bible. It was the purest form of love. No paperwork, no prodding, no probing, no insurance cards. Just people working together, heart to heart, committed to getting well by giving and receiving the highest form of energy love.

The Results: The results of our day at the hospital have been far reaching. Besides empowering staff and patients to become pain free and disease free, the hospital has actually invited us back and offered us a room there in which to work on a weekly basis. So it seems that the Universe agreed with me about the sacredness of that day and has opened up a space for all of us to continue.