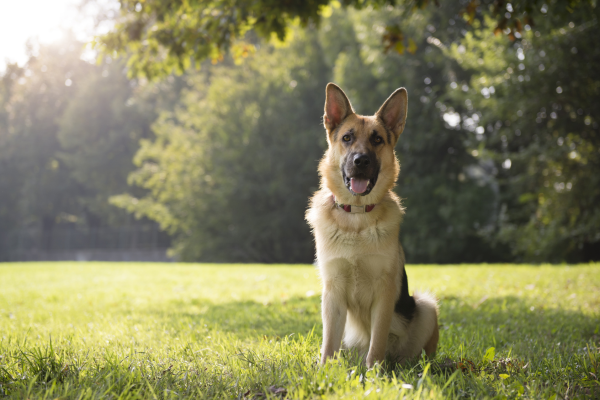 This is a story that I thought should be told to the Quantum-Touch network since I feel that QT helped this lovely dog get to his family in South Africa.

In December of 2011, a German Shepherd came to stay with me while his family travelled to South Africa for a 3-year job opportunity. His blood work for Babesia, a protozoan parasite, came back positive and that meant that he could not travel with them. Believe me, they were heart broken when they learned the news that there is no conventional cure in Canada for The German Shepherd. Worse was they learned there was a prescription drug from the United States that may work but is harsh on the dogs health which the German Shepherd could not get. With this parasite, he was red flagged so that he could not enter into the US. And this drug cannot be taken from the US and transported to Canada. Needless to say, his family felt helpless. They were thankful that I would tend to this German Shepherd while they were away.

Last March (2012), at age 11 years old, the German Shepherd got another Babesia blood test done. This time the results were negative. When I asked the German Shepherds vet how can this be, having Babesia in the blood and then not having it. The vet replied, it takes time for the antibodies to leave the body. What I really wanted to know is, how did the German Shepherd destroy this nasty pest in the first place. I did not delve for this answer further as I felt I already knew the answer. Besides, what was really important “ can this German Shepherd now safely travel to his family. From this blood test performed in March 2012 from the one he received in December 2011, the only changes in the German Shepherds lifestyle was a further change in his diet. He was on a mixture of Purina dog chow and homemade natural diet. I switched the German Shepherds diet to a mixture of Wellness commercial dog food and my holistic diet dog food recipe. Many of the vegetables in his food were blood cleansing in nature including asparagus, celery and cilantro. Could his diet boost his immune system to kill such a powerful parasite? Or was it the holistic energy work he received, synergistic blend of Therapeutic Touch, Tellington Touch and Quantum-Touch, periodically received over the several years, especially from December 2011 to March 2012 that boosted his immune system so that he could destroy this mighty pest, Babesia?

Since The German Shepherds arrival to Canada back in 2004, he has been staying with me about 1/3 of his time. His people had a lot of business trips to go on and The German Shepherd was very satisfied to stay with me, as his second family, take time to relax, ground himself and grow some roots, while receiving and enjoying his energy pampering holistic treatments. From December 2011 to May 2012, this German Shepherd stayed with me full time and during that time he managed to destroy the Babesia in his blood. Now isnt that incredible?