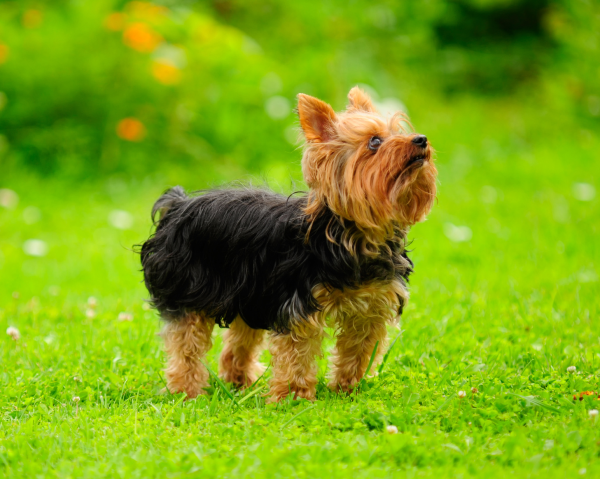 About 7 years or so past, we had a couple who were our neighbors.  They had several critters including a Yorkie Terrier. (Just an aside, my gal to me is on par with St. Francis of Assisi.)  I feel that ANY person, animal or baby that does not like him has issues. Anyway, our neighbors wanted us to baby sit their critters while they were off searching for living accommodations for school.  We were happy to do so but, we have one small issue; that issue being their terrier Dinky.  This dog wanted to rip my gal and I a new one anytime we came to the door. I pointed that out to our friends but, they said we were the only folks they trusted.

As time went on, we opted to watch the critters.  As it happens, each visit was a daily battle of wits. Its not much fun to deal with a hostile dog. At my wits end, I opted to repeat exactly what Richard Gordon described in the book Quantum Touch.  (I am specifically speaking of Richard and the rabbit.) As it turns out, after that single energy healing session, the dog no longer acted in a hostile manner. In fact ever since that point, Dinky and my gal and I become fast friends! About a week after our neighbors came back, one of them asked me just what happened with us and the dog.  I told him the specifics and he was blown away!

Thank you for you time!
Namaste'
Scot