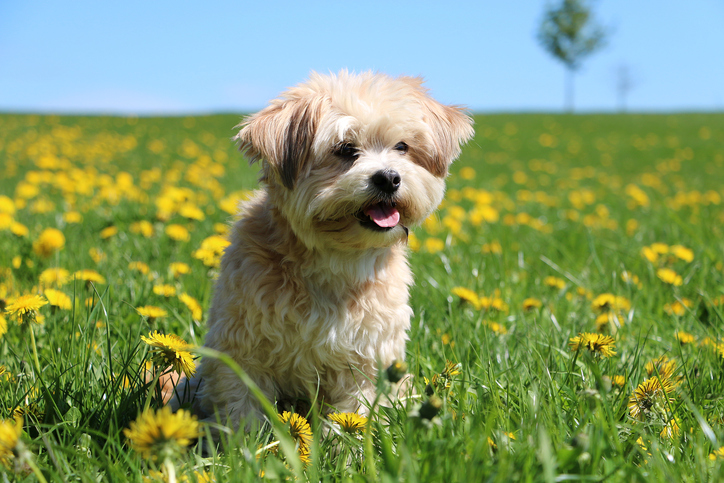 My Maltese named Scooby jumped off the couch, which he has done so many times in the seven years of his life. This time though, he must have injured his right front leg as he could not walk and was only bearing weight on his three other legs. The right front paw was lifted up. My husband and I called to him but he refused to walk and then when he tried, he could only manage a hop with his three good legs. Immediately, we called the only animal clinic open at night to see if we could bring him in. They said that we could, but we would have to wait over two hours before his appointment. In our rush to get medical care for him, I completely forgot about Quantum-Touch. After we made the appointment, I thought, wait a minute! I can do Quantum-Touch on him.

I immediately got to work, bringing in my love for Scooby as I was running the energy. I did steam releasing (from Core Transformation) where I felt it was needed, along his upper body just below his neck, and then also incorporating the wombing technique. After an hour, we allowed him to try to stand and he was able to now put pressure on his right leg and walk slowly but still with a noticeable limp.  We were glad he was getting better. For the next hour, all he wanted to do was lie down next to me.  It was a quiet hour.  We were just "being" with each other. Occasionally, I'd pat him and send love to him.

It was soon time for me to take him to the clinic and I carried him in and did the intake with the tech. After telling her the events of the night, she asked me to put him down on the floor to see how bad his injury was. As soon as I did, he was his old self - running back and forth in the room on all fours and no limp and no injury was to be found! All I could say was, "I guess he's better now," and feeling a little silly.  When the vet came in to check him, all she could find was just a little minor "twinge" reaction from him when she palpated the shoulder. He was okay!

My husband and I believe that it was Quantum-Touch that worked wonders for him. This was a good reminder for me not to "forget" the power of Quantum-Touch and to remember to use it in healing, not only with people but with animals too!