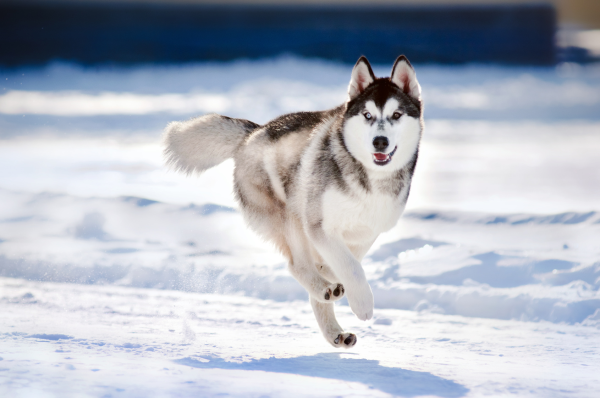 I do a daily morning 12 colors meditation for my immediate family, and that now includes my pets and my kids' pets (grand puppies and grand kitties because no grandchildren yet). I want to keep everyone in good health and good emotional and spiritual balance, even the animals.

Last December, my 10-year old Siberian Husky, Mitsubishi, woke me up at about 2:30 AM with his labored breathing - it was very fast and shallow. He had acted strangely the day before, so this was alarming. I laid down with him and cuddled him - his heart was beating very, very fast through his rib cage! I stayed with him and ran energy, probably even when I was sleeping, as that was my intention.

About 5:30 AM, his breathing and heart rate went back to normal. I continued to lay next to him and ran energy until we could get him to our vet at 8:30 AM. He had a bloody mass on his spleen that was leaking into his abdomen. We opted for emergency surgery (the other option was he would die) and got him back home Christmas Day. The mass was not cancerous and he has enjoyed another year of great health and vigor. It was really fun to have him around in February when we got the biggest snowstorm in DC's history - to watch him in his element was so wonderful!!

I'm not a doctor, but my guess is that Mitsubishi was going into shock prior to death that morning. I think the Quantum-Touch stabilized him until we could get him to a vet.