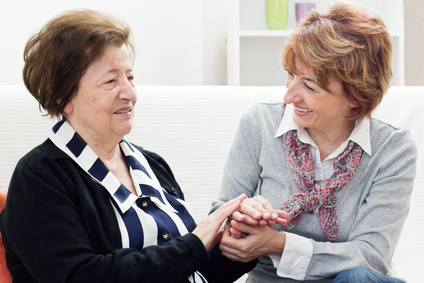 On April 17, 2011, when I got home after my first Quantum-Touch Workshop with Bia de Castro Oliveira, I made a note to call a colleague who had been fighting for ten years in treating the after effects of a stroke.

She is nearly paralyzed on one side and walks with a cane. She receives treatment in a big hospital in São Paulo, Brazil and physiotherapy. Lately, she has had a lot of pain in the good arm and there is an increasing hardening in the knee, to the point of hardly being able to walk, even with a cane.

Fearful of losing the "good" arm she went to the doctor. He said that the arm nerves were destroyed, she would need surgery and her knee would need to receive Botox applications and physiotherapy.

The day I called her, she was in great pain and could hardly walk with the help of a cane indoors. I asked if she wanted me to send Quantum-Touch. She agreed and I ran energy for fifteen minutes. I called her again to see her reaction and she said that she appreciated it but felt a lot of pain during the (distance) session and probably what she needed was physiotherapy and Botox.

I forgot to tell her that each case is unique and that all healing is self-healing and sometimes during the healing process the body can feel a momentary increase of pain followed by improvement.

The next day, she called me ecstatic, saying that the arm pain was gone and that she was able to walk around the house without a cane because her knee did not hurt anymore and had softened. She decided to go to the supermarket and was even able to carry the bags.

Remember, that the doctor said that the softening of the knee would take around two weeks of physiotherapy? Well, it was all done in one application, after only a twelve-hour workshop!