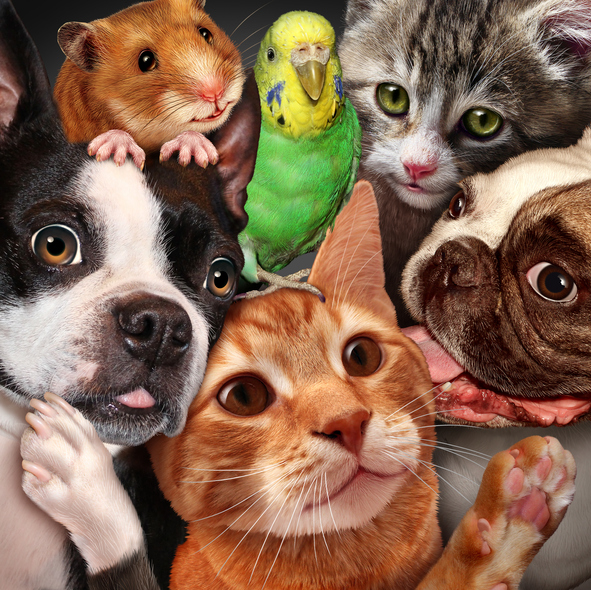 This may sound cliche but Quantum-Touch Level I was a gift to me in more ways than one. I thought I was getting involved for more personal healing, learning to offer self-healing to others, etc. with a set of circumstances and self-fulfilled solutions. Instead, I acquired the Quantum Touch factor that showed up in my everyday living experiences with humor and universal charm. It took me a while to put the pieces together. New avenues to connect showed up, where as I normally would have remained more reserved. I learned there was even more to express outside of my future practitioner expectations.

The following scenarios occurred as light moments to soulful quests for truth. May one of these speak to you and I invite you to explore your communication with our earthly, grounding friends.

I visited a mystical, crystal boutique in the city in my first year after Quantum-Touch Level I training and I came across a lovely dove in a cage in a far corner. As I had been browsing through the displays, I kept gravitating back to the bird, not really going up close to the cage itself. I wonder why I was so hesitant.

I often had the tendency of feeling like I was bothering someone with my presence and I guess it manifested as such toward this bird! I am being as transparent as possible so that you may appreciate the dynamics of the short story.  I realized that there may be another way I could connect with the bird by being of service and offering some love.  So, instead of trying to get it to react, sing, or perform to befriend me, I chose to run energy and give comfort.

I looked around to be sure there was no one in the vicinity and I applied my two hands apart from each other on the outskirts of the cage in direct line with this feathery, curious wonder. My energy rose, my heart swelled in bathing, quiet joy. My little friend became still, pensive and maintained the standing ovation as birds do so well. I felt the connection. I felt the waves and I felt accepted as he, or she, continued to receive. This moment taught me to be me.

Over a period of months, I had temporarily stopped doing documented practices because of severe coughing due to exasperated asthma symptoms that had worsened for no apparent reason. I had eventually broken ribs from the excessive coughing. The dis-alignment of the spine incurred herniated disc issues. I was hardly functioning and even lying down was agonizing at the time.

A new asthma medication was started when I connected the dots with the doctor and everything was able to basically go back into place and I became functional again (rehabilitating myself on the physical therapeutic end after the shift; as I was a massage therapist and trained others). My belief in my Quantum-Touch capability was far behind at the time. I felt like I was so behind everyone. Behold, this bird helped me remember to start again. And to think that I was trying to be of service! Look what I received instead. A bird willing to receive me. Yes, I started practicing again almost immediately!

The following emotional dialogue brings me to bring to you the loving possibilities that once again can peek within heavy circumstances. Our elderly Schnauzer, animal companion had his first seizure on the morning of December 24th, 2012, for five minutes long. I did manage to run energy into him during the convulsions.  We thought we were going to lose him right there. The aftermath was difficult due to the temporary blindness, disorientation and the temporary paralysis. We were told that he had to have a second seizure in order for a doctor to be able to diagnose accordingly. It took him the whole day and night to recover. I ran energy into his little body while he slept as well. Surprising to me, he was doing much better. 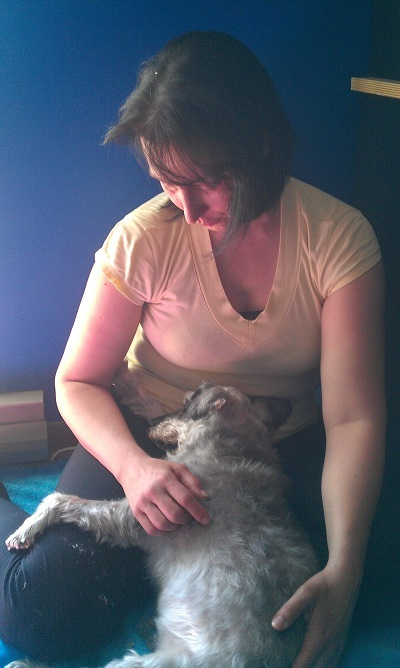 The next morning, on December 25th he had another seizure and I was ready. This time he made direct eye-contact with me during the contractions and dropped back into the floor until they stopped. The acknowledgment was profound.

I ran the energy fully engaged and the convulsions had run for between two and three minutes this time. The recovery time and the ability to walk were faster. My son and I quickly made arrangements to get to the only veterinary clinic open on Christmas Day. The diagnosis was not promising and the veterinarian showed us the swollen glands at the neck, the enlarged liver and swollen kidneys. Saying it was most likely he also had a brain tumor, etc.

Medication was started and plans for more tests as well, etc. I ran energy into him every second day. On New Year's Eve after being exposed to another teleconference, it triggered a wakeup call. I went from feeling powerless to realizing there was more potential for this situation to be better than where it stood at the moment. That is how it went down. It was a process. And my own lack of confidence took a few days to set aside and go forward anyway.

I decided to be systematic. I wanted his organs working better. I wanted him to eat with joy and to not have all that pressure in his little body. I ran energy into the liver first, following the digestive system for some detoxing and finally those kidneys needed a flush. To be honest, it was personal. I have often had swelling and pressure in my own legs since adolescence and the osteopath had alleviated my kidney before. I suspected what a great relief that would be. Yes, I had an agenda. Then, not only did all the swelling leave his body within those hours but he kept urinating and I could not keep up to take him out fast enough.

Lots of clean-up, but the little guy's system was back on track. Also, after having seen a Quantum-Touch video online about running energy on a dog that was paralyzed in the hind legs in a brace, I worked on his legs even though his walking was better. The lumps under his throat were completely gone in a few days as well. Yes, the improvements continued but with every seizure came inevitable decline.

The bond that I experienced from this journey is indescribable. The Quantum-Touch factor allowed me to rise above and provide comfort to Shnookie daily. Our regular veterinarian continued to support and encourage the energy healing and could see the obvious results. Eventually, he transitioned this May 4th, 2013. My heart is forever impacted with the love of being able to give when one could be rendered powerless in the face of illness and suffering. May you be blessed by taking powerlessness and transforming it into a more powerful love. And so it is.