The Answer is Always Love 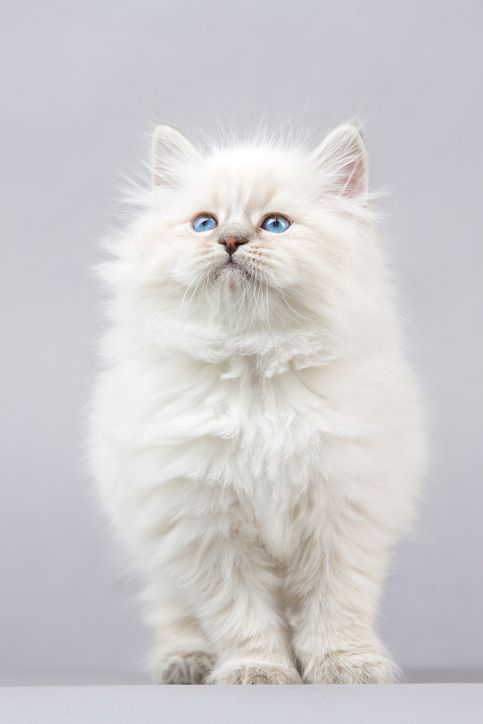 When I decided to remodel my kitchen two years ago, I had no idea of the trauma it would have on my cat Snowflake, my pure white, blue-eyed shorthair cat. No one told me that pets would go through tremendous upset during a renovation. Four weeks into the remodel, in addition to hiding in the closet, something she had never done before, her paws became swollen and black and she had chewed out most of the fur on the right side of her little body. All this emotional and physical stress led up to her not being able to move at all. I knew she was in severe pain.

Three veterinarians and one thousand dollars later, she still was not well. In addition to this current situation, for several years Snowflake had also developed a severe stomach disorder to certain cat foods. So needless to say, this was a really upsetting time. What a mess! So, when I realized that traditional veterinary medicine did not work, I decided to do Quantum-Touch on her.

Now, let me give you additional background information on how I got Snowflake. A realtor had found Snowflake in a dumpster when she was about 3 weeks old. She got a cardboard box and put the kitty in the box in her car. As she was driving home, the kitty jumped out of the box and lodged herself inside the dashboard of the car. The realtor could not get the kitty out. She called a mechanic, who had to totally take apart the dashboard of her car. The kitty was fine but now traumatized by enclosed spaces and noise. The realtor decided after two weeks that she needed to find a home for the kitty because she was never home. The realtor gave the kitty to my neighbor, Tanna, who came to me and said, "If I do not find a home for this kitty by this afternoon, I have to take it to the pound and it will be put down." OK! Sure, I'll take the kitty. Now, because of all this "early trauma," Snowflake does NOT like to be touched, petted, or put in a cat carrier.

As I mentioned above, now, she was sick, really sick and I decided to do Quantum-Touch on her. I lay down on the bed with Snowflake, who was totally immobilized, and put my hands on her stomach and begin running healing, loving energy. Snowflake allowed me to do this for over 45 minutes. Now, that in itself is a miracle! After 45 minutes, she looked at me, jumped off the bed, meowed as if to say, "That's enough of the touching already!" She wanted me to give her water and food.

In the last year, I also found a good, healing vet who understood Snowflake's history and her story. He is a kind, compassionate doctor who explained to me in layman terms how I need to keep Snowflake medically healthy in addition to a daily dose of Quantum-Touch, which Snowflake now craves every night as I lie in bed.