Nothing Is Impossible With Quantum-Touch 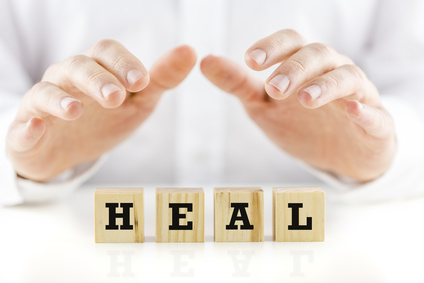 A 12-year-old boy fell at Thredbo (Australian Ski Resort). He was learning to snow board and fell onto a rock and broke his collarbone. Three hours later, his mum, who I was going to give a session to, came and said, "I really need this session, my son just broke his collarbone."

I said, "Ok, how about we see if we can do something for him first?"

He had 10/10 pain, even with a strong pain killer on board. I explained that this might help him but the worst that can happen is that it would do nothing. Within an hour, NO pain! Even when I tapped on the fracture site (bad nurse), NO swelling or bruising. Then, I did another bad nurse thing and took his arm out of the sling and he had full range of movement. His parents were standing behind me, holding the x-ray with the obvious crack saying, “But it’s broken.”

I had him reviewed at the hospital where I worked and the doctor said, "What did she do?" Anyway, he didn't need the sling at home and never needed physiotherapy or pain-relief again.

The second story is about an American Marine who came off a ship at our Navy base at Garden Island - I worked in our Navy ward at the time. I am an RN for the Royal Australian Navy. A 23-year-old American Marine was assaulted and knocked to the ground. He sustained severe head injury, including base of skull fracture bleeding, and brain damage to the frontal lobe (personality). He was in intensive care for 10 days, and intubated for 5 days.

He was transferred to our ward at 4pm on day eleven. He was confused, agitated and mumbling incoherent words. He did not know where he was or even his name. His 23-year-old wife sat by his side with tears in her eyes. She did not know if the man she was married to and father of their 3-month old son, whom he had not met due to being on deployment for the last 7-months, would ever come back to them.

That night, I was asked to do a double-shift. During the night, I sat by the soldier's bed as he had to be nursed one-on-one due to his agitation and likelihood to remove his IV lines, etc. I decided that I should run energy to the soldier's brain, most of which I did by distance, sitting next to him. I also ran some energy directly into his head. As I was running the energy, I kept saying to him, "You need to heal for your wife and baby son."

He had a very peaceful night in our ward; they had to restrain him in the intensive care ward due to his agitation. In the morning, he was able to tell us his name.

This was last Wednesday. By Monday, this week, he is walking about the ward with his wife and completely normal. The Neuro teams are absolutely flabbergasted by his rate of recovery, saying, they have never seen anything like this before with such damage.

In a few days he will be flying back to the United States to meet his baby son and have the life he should have with his family. I feel so blessed to be able to have given this gift of Love from an Aussie Nurse to an American Marine.

These two stories are with NO advanced training. Nothing is impossible with Quantum-Touch. Level 2 just makes it a hundred times faster!